New figures show North Carolina’s workplace injury and illness rate for private industry in 2016 was statistically unchanged from its historic low in 2015. The 2016 rate is 2.5 cases per 100 full-time workers, compared to 2.6 in 2015. The Tar Heel state remains one of the safest states in which to work with a rate below the national average of 2.9 cases per 100 full-time workers.

“I take great pride in the fact that North Carolina’s injury and illness rate has dropped during my 16 years of service,” Labor Commissioner Cherie Berry said. “The continuing decline over the years is a credit to the employers and employees of our state.”

“This is positive news for North Carolina’s workplaces,” Commissioner Berry said. “We’d like to think that the safety and health programs administered by the OSH Division coupled with the increased participation in our safety and health recognition programs has contributed to this overall decline in the injury and illness rate.” 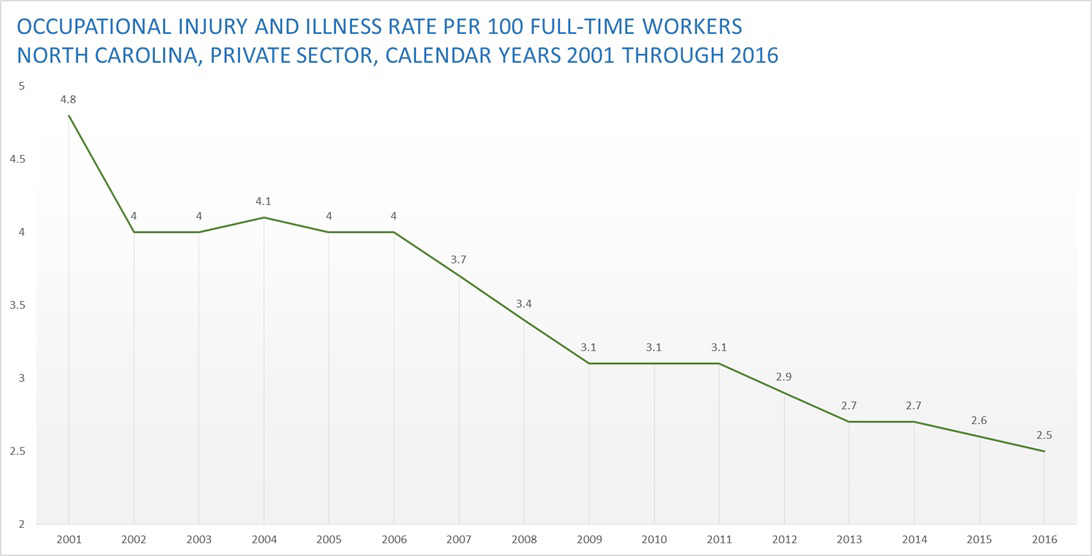 This press release is related to:

How can we make this page better for you?