The Labor Building is located on West Edenton Street across from the State Capitol. It was designed in 1885 by architect Gustavus Adolphus Bauer. Bauer also assisted in the design of the Executive Mansion, which is why the two buildings share similar architectural design features. The building was dedicated on March 5, 1888, and for the first 25 years housed the Supreme Court and State Library. The red brick building, once painted gray to blend in with the stone buildings around it, was stripped of the paint in the 1980s to reveal the true rich color of the original red brick, which was made by prison labor.

The rendering of the building featured on the cover of the departmental annual report is from a watercolor created by Earle Kluttz Thompson, an artist from Salisbury. Thompson studied studio art at the University of North Carolina. While a student at UNC, she interned with muralist Michael Brown, where she learned faux techniques and how to paint outdoor and indoor murals. Thompson later studied at Lorenzo de Medici in Florence, Italy. She and her husband live in Raleigh. She and Raines Thompson are partners in Kluttz Thompson Designs.

On Sept. 11, 2001, Labor Commissioner Cherie Berry directed that the American flag be flown over the Labor Building. When advised that the building had no flagpole, she ordered the immediate printing of flags to be displayed in every window of the Labor Building. Within days, every window of all NCDOL buildings across the state displayed an American flag. Fittingly, the very first flag was placed in the window of Commissioner Berry’s office.

As of Jan. 2, 2021, that office is now occupied by Commissioner Josh Dobson. 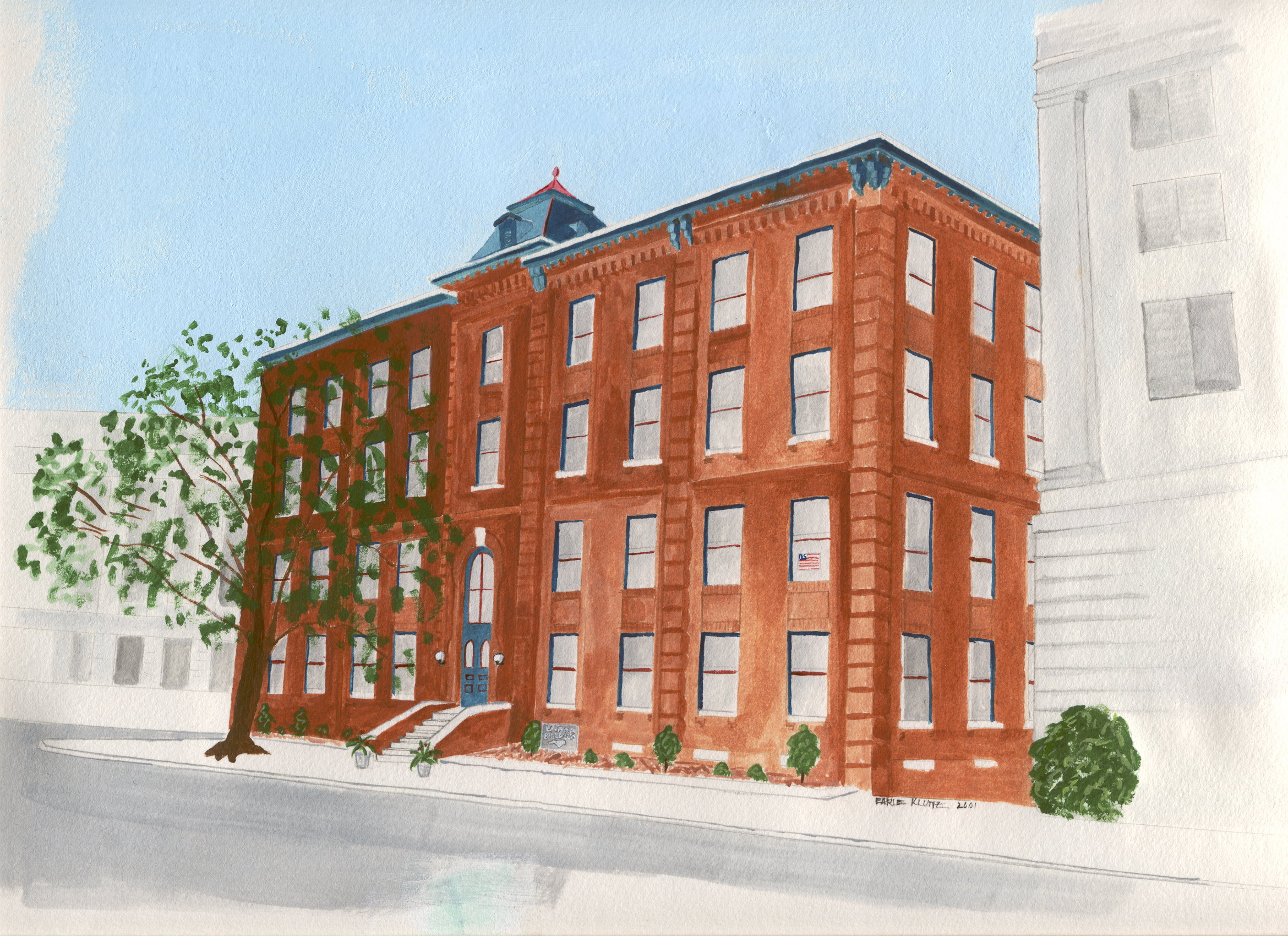