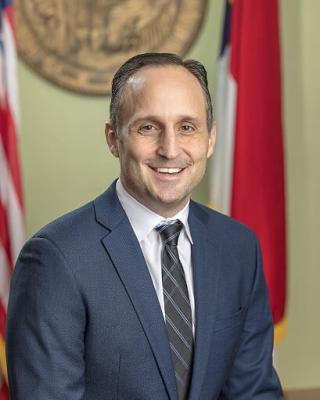 Josh Dobson was sworn in as North Carolina’s 18th labor commissioner on Jan. 2, 2021, after serving eight years in the state House of Representatives. Dobson represented the 85th district covering Avery, McDowell and Mitchell counties located in the western part of the state. Prior to his service in the state House, Dobson served two years as a McDowell County Commissioner. Dobson is a native of McDowell County and currently resides in Nebo with his wife, Valerie, and his daughter, Kennedy.

“Given the recent political division in our state and country, I look forward to bringing a level of civility and bipartisan spirit in my approach to governing,” Commissioner Dobson said. “With so many workers’ lives at stake, my role here at the N.C. Department of Labor is a great place to start with that approach.”

“We want to provide a real service to every business and every worker in the state of North Carolina,” Commissioner Dobson said. “I am excited to continue the collaborative training and education initiatives that have resulted in a continual decline in our state’s injury and illness rate.”

Dobson earned a Bachelor of Science in social sciences from Gardner Webb and a Master of Public Administration from Appalachian State University.

The N.C. Department of Labor is charged by statute with promoting the “health, safety, and general well-being” of more than 4 million workers across the state. The laws and programs it administers affect every worker—and virtually every person—in the state.